the incredible hulk for abc

Here is were we can talk about marvel's plan for hulk on abc. What do you guys hope they do with the character. How do you want casting to go, what writers/producers do you want to join. I can say deadline has reported del toro and david eick(bsg) will be the showrunners.

Hey guys, check this out:

I originally found this at SHH. Could be interesting, especially with Guillermo del Toro attached to the project & potentially directing the pilot & overseeing the LOOK of the Hulk. He did a GREAT job IMHO with Pan's Labyrinth & Hellboy so it shouldn't be crap.

Hey non ap made a marvel tv section yesterday and I started a thread on the show there.

According to Deadline, both men are now outlining the pilot script and the new Hulk won’t be as purely CGI as he was in the two big-screen Hulk efforts.

Marvel and ABC will likely try to launch the series in autumn 2012, following the summer 2012 release of Joss Whedon’s big-screen “Avengers” movie, in which Mark Ruffalo plays super-scientist David Banner and his massive green alter-ego.

If the project goes to series, it will be Del Toro’s first TV effort.

No word on whether or not Banner will be on the run, as he was in CBS' “Fugitive”-like Bill Bixby-Lou Ferrigno “Incredible Hulk” that ran 1978 to 1982.

Hm. One wonders how this will tie in to the movie continuity.

Yea I can't wait to see how this show turns out. Though tghe other day I started a thread for the show. Guess you guys missed it. Might as well delete it so we don't have to many same threads lol.

webhead2006 wrote:Yea I can't wait to see how this show turns out. Though tghe other day I started a thread for the show. Guess you guys missed it. Might as well delete it so we don't have to many same threads lol.

The Apologist Puncher misses NOTHING! 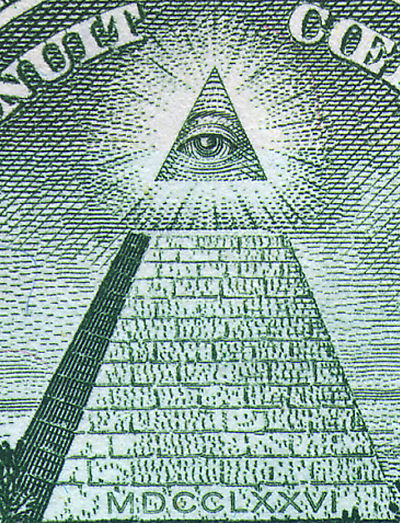 no problem ap as we already talked about this. Still cant wait to see what they come up with.

I will definitely watch this series in coming weekend with my family.

Like I said to you in jessica thread, this show hasn't been made yet and is only in planning stages. Del toro isn't planning to make it into a show to the 2012 fall/spring season.

Last November, it was announced that Guilermo del Toro and David Eick were boarding the "Incredible Hulk" television series at ABC Studios and Marvel TV. Now, del Toro has provided an update to FEARnet:

Is Hulk still happening?
Yeah, yeah, yeah. We turned in the outline to ABC about four weeks ago. And then we did a rewrite for ABC on the outline, and now we are lining up the pages.

Is it safe to assume this will be a different Hulk than we've ever seen before?
I think so. Or we wouldn't be trying it. Actually, one of the points of this project early on with Marvel, was "We're going to do this thing different, and here's how. Are you interested?" And they were.

Last year, the trades reported that the show would feature a Dr. Bruce Banner in his 20's and that it would mix CGI with practical effects to depict the Hulk on-screen.

Interested to see Del Toro's take on this. Remember, this is the guy doing THE HOBBIT films & who also did the HELLBOY films & PAN'S LABYRINTH, which is a really good Spanish film with English subtitles. Too bad though that he feels like he's got 'too much on his plate' to ever get to making HELLBOY 3. Those films were good too. With his visual style, the new TV Hulk should be good too but I just wonder how it will tie-in with the films & THE AVENGERS? Unless, like he said, it just gonna be 'different'?

Nice to hear an update from del. Also non he isn't doing hobbit. He dropped it due to schedule was getting to busy. Jackson is doing the films and they been filming for like 2months.

webhead2006 wrote:Nice to hear an update from del. Also non he isn't doing hobbit. He dropped it due to schedule was getting to busy. Jackson is doing the films and they been filming for like 2months.

Oh yeah, my bad I guess. Trying to keep up with this stuff gets confusing after a while & who wants to 'google' something all the time?

As for show itself man it would be sweet if its set in the marvel cinematic universe. So they can do more stories from the films and come on how sweet would it be to maybe get a guest shot of jackson as fury, or renner as hawkeye in the show or something. Plus it would be a. Nice way to have hulk stories continue if film sequels don't happen for hulk.

Since pasting something would apparently be too big a hassle for some...

Marvel has already impressed fanboys everywhere with their unprecedented strategy of setting all their movies in the same universe, but how cool would it be if their upcoming live-action TV shows also were set in that world?

This weekend at New York Comic-Con a couple of interesting tidbits came up that have got us thinking that this could be where things are going -- particularly in regards to good old Doc Bruce Banner, he who hath been belted by gamma rays. You know, the Incredible Hulk!

Head of Marvel TV Jeph Loeb talked yesterday about the currently in-development Hulk TV show. While it's still early days on the ABC series, Loeb stated that the recent trailer for The Avengers was basically our first glimpse of the TV Hulk. Wha?!


It makes sense, really. In order to pull a show like this off budget-wise, Loeb says that Marvel will be pushing the technology to its limit. That apparently means that all the intensive CGI modeling and design work that is being done for the movie Hulk will be recycled for the TV version. And don't forget, Marvel is pretty notorious for being cost-conscious. So why not recycle Hulks?

Of course, don't expect Mark Ruffalo to give up his thriving movie career to channel Bill Bixby on a weekly basis right now. But that wouldn't matter anyway, as Loeb says the series is a different take on the Hulk, one that will focus more on the relationship between Betty Ross and Bruce at the very beginning of the Hulk's existence (when Hulk is still unknown to the world at large). So you cast a younger, Ruffalo-esque actor then.

Now, this shared TV/movie universe idea seems to go against previous statements made by the Marvel brass. So we asked Marvel Studios boss Kevin Feige about the matter last night. And he, essentially, said it could happen. Watch Feige's response here:

This is all very tentative, but it does compute when one considers how Marvel has worked in the past. Their other live-action shows that are in the works are a.k.a. jessica jones (featuring Jones, Carol Danvers and Luke Cage), Cloak and Dagger (for ABC Family, set in post-Katrina New Orleans and featuring "science, the supernatural and the environment") and Mockingbird (also ABC Family, with a S.H.I.E.L.D. tie-in). They could all be smaller stories that take place in the bigger Marvel movie universe without really interfering with that world, right? And you don't think Marvel's just dying to recycle its helicarrier sets for that last one?

Comment below. What do you guys think of a potential shared Marvel movie/TV universe?

A few things. First, I don't see what using the Avengers Hulk CG model is really going to accomplish. I mean, yeah, whatever, it's cool that they're doing it but I don't see how that's going to result in substantial savings. It's not the modeling that costs a fortune, it's the rendering. And that CAN'T be copied over from the Avengers movie (unless, that is, they're going to give us all the Hulk's Avengers scenes again and again and again). I can't see that being done in decent enough quality on a TV budget and schedule. Maybe I'm missing something here, I freely admit not being an expert on CG characters but my guess is that using the Ruffalo model will only serve to bridge the continuity of the entities together and won't save much of anything in terms of budget costs or what have you.

colors i was on cell at the time so i couldnt post the whole story along with the link.

First off it would be great if the tv shows are in a shared universe and more so to film series. Would be nice tie in on things where they can develop storylines and characters to be expanded in the films and vis virca and all that. As for the reusing cgi/renders ya i am a bit confused there what they mean and all.

The Pacific Rim director gives an update on his planned television series based on Marvel Comics' The Hulk,saying that a new writer is currently being searched for. He also praises the recently released The Avengers Paul Romano - 7/19/2012

Speaking with MTV Splashpage at San Diego Comic-Con, director Guillermo del Toro (Hellboy, next year's Pacific Rim) is asked about the current status of his planned Hulk television series. "I have had a couple of minutes with Marvel since 'Avengers,' and they have the screenplay," del Toro said. "We're waiting for a particular writer to do a rewrite on the pilot. That's where we are right now. But we're still on."

Additionally, del Toro didn't hesitate to express his love for Marvel's recent blockbuster The Avengers. "I think 'Avengers' is beautiful because you give a movie like that -- that size, that scope -- to a guy that has the tone and the pulse of those things dead on, and that's beauty or curse, you know?" the director said.

Last we heard about the Hulk series , ABC was hoping to begin airing it sometime next year. Also, del Toro has said that his vision of The Hulk will be entirely separate from the Marvel Cinematic Universe's version (played by Edward Norton in 2008's The Incredible Hulk and by Mark Ruffalo in The Avengers). Still, with the recent success that Avengers' Hulk has found on the big screen, do you want to see the same version appear on ABC?

Am I the only one who thinks the Hulk show is probably going to get put on ice so that Marvel can explore a revitalized movie series?