The Hollywood Reporter revealed yesterday that Will Smith, Margot Robbie and Tom Hardy were all being eyed for roles in David Ayer's Suicide Squad. While there's no mention of The Wolf of Wall Street actress here, Deadline believes that the movie may have found its two male leads...
By Josh Wilding - 10/16/2014

The Hollywood Reporter claimed yesterday that Ryan Gosling, Will Smith, Margot Robbie, and Tom Hardy were all being eyed for roles in Suicide Squad, the 2016 DC Comics adaptation which will be directed by Fury helmer David Ayer. The language they used was vague, and it didn't take long for one Variety reporter to jump in and point out that Warner Bros. often turn to high profile actors like these to "offer" them everything and anything. In other words, it was a casting story which made for a nice read, but probably wasn't worth getting too excited over. That seems to have all changed though as Deadline weighs in by revealing that both Will Smith (Men in Black) and Tom Hardy (The Dark Knight Rises) are indeed circling the film and are now "close to signing on". That sounds a lot more definite, and it could be that we now have Suicide Squad's two male leads. Who will they be playing? Your guess is as good as ours, but Hardy seems like a perfect fit for Deadshot and Smith could do with a hit after a few not so great movies. What do you guys think?

UPDATE:  The site now adds that The Wolf Of Wall Street star Margot Robbie is "also looking likely" for Suicide Squad as talks for a role in Ghost In The Shell for DreamWorks have fallen through (in fact, that studio has apparently offered Captain America: The Winter Soldier star Scarlett Johansson $10 million to take on the lead role in the anime adaptation). Do we have our Harley Quinn? 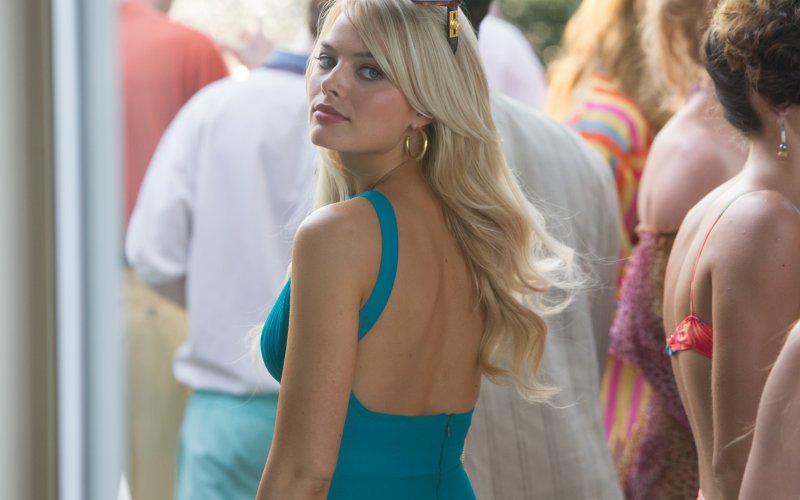 Oh good, mini-Bane is joining up with the Suicide Squad.

Don't know much about the concept, personally....
_________________
BJ Routh and Bryan Singer WERE the worst thing to happen to Superman since Bepo the Super Monkey.

Don't know much about the concept, personally....

Basically it's mercs-for-hire and supervillains on plea bargains going on government missions where the odds of coming back are pretty slim. "Expendable", "extraction iffy", that type of stuff.
_________________
TCB's podcast- http://twotruefreaks.com/shows.php?show=32

Warner Bros. are taking aim at Jack Reacher and Terminator: Genesys star Jai Courtney for the role of Batman villain Deadshot in David Ayer's Suicide Squad. Meanwhile, we also know who Tom Hardy, Margot Robbie (Harley Quinn!) and Will Smith are being lined up to play. Read on for details!
By Josh Wilding - 11/12/2014

Variety have revealed that Jai Courtney (Divergent) is in talks for a leading role in 2016's Suicide Squad. The Task Force X team member he's being eyed for is apparently Deadshot, the Batman villain who recently made his presence felt in Arrow. They add that Tom Hardy, Will Smith, Margot Robbie and Jared Leto are all still in various stages of discussions and have details on which characters each of these actors are being lined up for. We know that Leto is being considered for The Joker of course, but the site confirms that Robbie is in the running for Harley Quinn and reveal that Hardy is being looked at for Rick Flagg. They're not quite so sure about Smith, but sources tell them that he's likely it’s likely Digger Harkness a.k.a. Captain Boomerang. Jesse Eisenberg’s Lex Luthor is also still expected to appear after debuting in Batman v Superman: Dawn of Justice. Warner Bros. clearly aren't playing around now and with a cast like this, they're obviously taking their DC Comics adaptations very seriously. One thing's for sure though...Marvel can't be happy about losing actors like these to their Distinguished Competition! What do you guys think?

Viola Davis had confirmed herself earlier this week that she was working out her schedule to play Amanda Warner in David Ayer's Suicide Squad adaptation, but now The Wrap has learned that the two-time Oscar-nominated actress is near signing the dotted line. While her commitments to ABC's How to Get Away with Murder series have made negotiations "tricky," the source suggests that things are expected to be finalized in the coming weeks; especially given Will Smith, who plays Deadshot in the film, "personally lobbied for Warner Bros. to do whatever it takes to cast Davis." Anyway, the other intriguing, yet highly-expected, tidbit from the casting report is that Viola Davis will have a multi-picture contract that will allow her to portray "The Wall" in other DC Comics movies; most likely the two-part Justice League flicks. So, basically Amanda Waller may end up being the Nick Fury of DC's Cinematic Universe, which was among other things Warner Bros. attempted with Green Lantern in which Angela Bassett played the character. What do you think?