A two-part Justice League movie was recently announced, but Marvel Studios have fired back with the reveal that a two-part Avengers is on the way! However, we have more than just the title as a teaser was shown and we have a new shot of Thanos wielding the Infinity Gauntlet!
By Josh Wilding - 10/28/2014 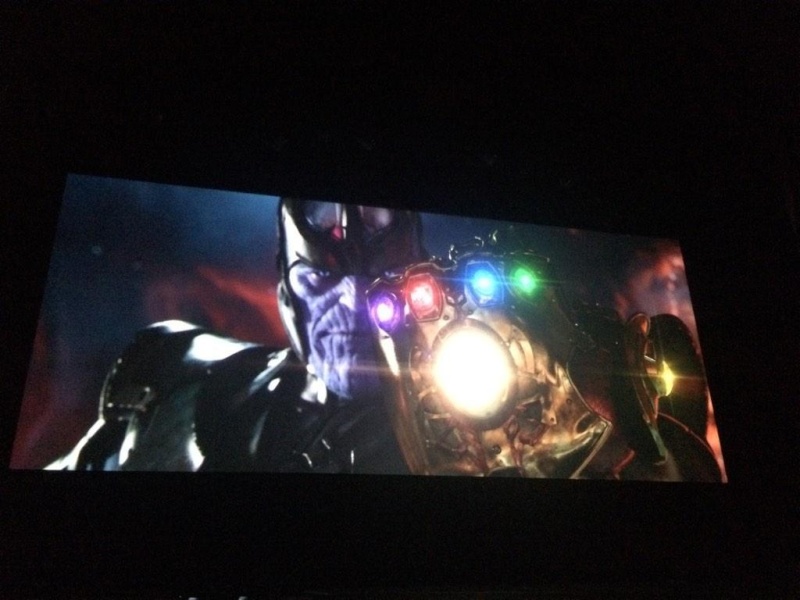 Well, Justice League now has some serious competition, eh? The two part finale to the Avengers trilogy will obviously pit Earth's Mightiest Heroes against Thanos and the following comments from Kevin Feige come via a press release over on Marvel's website (we'll bring you more details on the movie as the night goes on). "We’ve always had a plan since Nick Fury broke into Tony Stark’s house and told him he’s part of a bigger universe," recalled Feige. "'Avengers: Infinity War Part 1' is the beginning of the culmination of everything that has come before." The image above was also taken at the event as the identity of each of the Infinity Gems was teased before Thanos - played by Josh Brolin - was shown wielding each of them. What do you guys think?

Yes. That was quite cool.

Similar topics
» Spider-Man Now Part Of The MCU
» THE AVENGERS AND THE RESTORATION OF WONDER
» Another villain in avengers????
» 'How the Avengers Should Have Ended'
» Marvel's 'The Avengers' Official Box-Office Thread